Woman Claims Wrongful Termination For Being Gay and Pregnant

A lawsuit (Case Number L000055-13) filed by Theresa Kwiecinski in New Jersey Superior Court alleges that her former employer, Mars Chocolate North America, fired her because she was a lesbian and became pregnant.

According to a Feb. 21 news report in The Express-Times, the lawsuit (Case Number L000055-13, New Jersey Superior Court) alleges that Kwiecinski was fired in September 2011 after her co-workers learned about her sexual orientation and she was "treated differently" because she was pregnant. 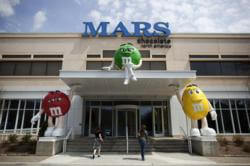 The article states that Kwiecinski's treatment at work began to deteriorate in March 2011 when her colleagues met her partner and their son during a week-long work conference in Florida. Since that time, Kwiecinski alleges that she and her family were treated differently.

Kwiecinski stated in the employment lawsuit (Case Number L000055-13, New Jersey Superior Court) that after returning from the conference she was given an "unreasonable work load" and was ignored when she asked for help.

After her pregnancy and revelation of her sexual orientation, Kwiecinski alleges that she was placed on a performance involvement plan that proved impossible and culminated in her wrongful termination in September 2011.