Christopher Weigl, a 23-year-old Boston University photojournalism student, was killed in a bicycle accident after a tractor-trailer making a wide turn struck him as he rode along the designated lane, a Dec. 6 news article in The Boston Globe reports. The article states that Weigl wrote his own obituary for a class three months before his fatal accident and that his death is drawing attention to the dangers faced by bicyclists on Boston roadways. 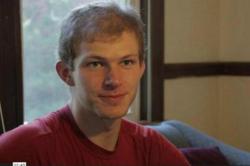 Christopher Weigl, 23, was the fifth bicyclist to be killed in Boston this year after a tractor-trailer making a turn struck him at a street intersection, according to a Dec. 6 news report in The Boston Globe. The article states that that the bicycle accident occurred when Weigl was riding his bike in a designated lane on Commonwealth Avenue the morning of Dec. 6 when a large truck making a turn on to Saint Paul Street hit him. Weigl wrote a self-obituary just three months before his death as part of a class exercise, the report states.

In November, another Boston University student, Chung-Wei "Victor" Yang was killed when he came into contact with an MBTA bus while riding through the intersection of Brighton and Harvard avenues, the Globe reports. Weigl was riding on a main thoroughfare where a painted lane has been established for bicyclists as part of a safety campaign to encourage bike riding in the city, the article states.

Although a number of cities across the United States are trying to make their roadways safer for bicyclists by designating bike lanes, much more remains to be done, said John Bisnar, founder of the Bisnar Chase personal injury law firm. "There are still a number of roadways that are extremely dangerous for bicyclists because of traffic flow and visibility issues."

Bisnar says, with more and more people adopting the bicycling lifestyle to save money and conserve the environment, cities must launch safety campaigns to educate both cyclists and drivers. "Motorists must realize and must be constantly reminded that they share the roadway with other vehicles including bicycles. It is also important to remember that bicyclists have the same rights and responsibilities and drivers of other vehicles."

The California bicycle accident lawyers at Bisnar Chase represent families or victims of bicycle accidents. The firm has been featured on a number of popular media outlets including Newsweek, Fox, NBC, and ABC and is known for its passionate pursuit of results for their clients. Since 1978, Bisnar Chase has recovered millions of dollars for victims of serious personal injuries and their families.