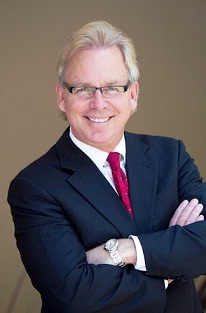 The California personal injury attorneys of Bisnar Chase Personal Injury Attorneys have filed a lawsuit against a Las Vegas, Nevada church after a bizarre religious ritual claimed the life of a 16-year-old girl.

The California personal injury attorneys of Bisnar Chase Personal Injury Attorneys have filed a lawsuit against a Las Vegas, Nevada church after a bizarre religious ritual claimed the life of a 16-year-old girl.

According to court documents, officials at Church of Divine Appointment, also known as The Moment of Truth Ministries, allegedly instructed Brianna Benbo, who was a parishioner attending services at the church alone, to ingest a capsule containing bee pollen and other substances prior to fasting as part of a strange religious ritual.

After church officials administered the substance, Brianna had a severe allergic reaction to it, went into anaphylactic shock and died from cardiac arrest and respiratory failure within hours.

The lawsuit was brought against the church and its owners, Glories Powell and Lula Davis, by the victim's mother, Bridgette Jennings-Benbo. The case, which seeks damages for negligence and wrongful death, is pending in the Eighth Judicial District Court of Clark County, Nevada, case # A-11-642421-C.

According to court documents, Brianna died on July 7, 2010 after the teenager ingested a combination of bee pollen and other substances in capsulated form administered by staff members at Church of Divine Appointment.

"This was a zealous religious fasting ritual in which church staff members administered drugs to an unsupervised minor," said Brian Chase, partner at Bisnar Chase Personal Injury Attorneys. "While people do, in fact, participate in fasting for religious ceremonial purposes, it was absolutely unnecessary and reckless for church officials in this case to provide drugs to an unaccompanied minor prior to fasting."

The lawsuit claims the capsules contained a substance that was formulated, modified, blended and distributed by the church's owners and employees to parishioners who were unaware of its health risks(1), even though ingestion of processed bee-collected pollen has been shown to produce possible fatal consequences.

"We allege the defendants acted negligently and tortuously by administering a potentially deadly cocktail of bee pollen and other chemicals to a girl with severe allergies to the substance," said Chase. "Not only did they package and distribute the supplement while ignoring its health risks, they provided no warning to parishioners about its possible side effects. In short, we believe their actions are directly responsible for Brianna's unnecessary and untimely death."

In addition to damages for wrongful death and negligence, the lawsuit seeks additional compensation on behalf of Brianna's mother, Bridgette, for grief, mental anguish, sorrow and mental and physical pain, as well as funeral and burial costs.

The Bisnar Chase Personal Injury Attorneys represent people in California and throughout the U.S., including Nevada, who have been very seriously injured or lost a family member due to an accident, a defective product, negligence or abuse. The law firm has won a wide variety of challenging serious personal injury, wrongful death and defective products cases against individuals as well as Fortune 500 companies. For more information, please visit /