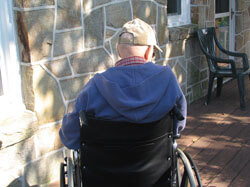 The state Health Department has had a history of violations and fines over the last decade.

California corrections officials have admitted that they knew about a private prison company housing a convicted murderer, rapist and two other felons at an Oklahoma nursing home, but say they had no role in "approving or objecting" to the use of the care facility.

According to a news report in The Oklahoman, the Buena Vista nursing home in Midwest City was fined $168,000 by the state health department for housing four convicted felons for a month last year and has been investigated by the state each year since 2003 for a variety of safety violations.

The inmates were all transferred to prisons in Arizona and California once they recovered from their injuries at the nursing home. Buena Vista was slapped with the fine for placing its 120-plus residents in "immediate jeopardy". State officials also told the newspaper that it was very "unsettling" and traumatic for residents at the nursing home to see the prisoners being taken through the facility.

'To put felons convicted of serious crimes in a nursing home where vulnerable elderly people are cared for, is nothing short of appalling', said John Bisnar, founder of the Bisnar Chase personal injury law firm. "There is no question that they pose a serious danger to the residents.

It is shocking that this could happen in nursing homes where families hope their loved ones will be safe while they get the care and attention they need." Nursing homes should be no different from neighborhoods and communities, Bisnar said.

"Would anyone want a dangerous inmate to move next door to him or her? Would we want convicted felons who are still serving their time to wander around in parks where our children play? Why should a nursing home be any different? Nursing homes have a legal obligation to keep their residents safe and provide them with the best possible care."

The California nursing home abuse lawyers of Bisnar Chase represent people who have been very seriously injured or lost a family member as a result of nursing home neglect and elder abuse. For more information, please call 949-203-3814 for a free consultation.

Look for These Signs of Neglect: