The feds looked at data from so called automobile black boxes. Data recorders in many cars. Well now congress wants them in every vehicle. Here’s how they work.

In photo after photo, Kevin Valencia was smiling. A young man brimming with life. But now, the pictures look like this. Kevin was ejected from a car in a crash a few years ago. A spinal cord injury left him without the use of his legs.

“Nobody thinks, ‘No if you get ejected, you weren’t wearing your belt.’ Nine times out of ten, that’s true.”

But not in Kevin’s case and thanks to a box like this, lawyer Brian D Chase was able to show Kevin was wearing his seatbelt.

“The black box recording proved conclusively, that person was wearing their seatbelt at the initiation of the crash.”

The black box, also known as an EDR, or event data recorder, is becoming key to more and more legal cases. An important tool for accident forensics it was back in 2005 that many auto manufacturers, began making black boxes in automobiles a standard feature.

“It will provide information such as the vehicle speed, what the throttle is doing, what the brakes are doing, the engine RPM, it can tell us if the seatbelt is buckled.”

Tim Royce specializes in accident forensics. Here he demonstrates how to plug in and download the details.

“It can be used to determine the fault of a driver. But, primarily my interest is to look at what really took place in the accident.”

These boxes, actually they are usually silver, not black. Are found under driver or passenger seats or in the center of the dash. They contain a recording chip. Some record up to 25 seconds before a crash. Most, less than that.

Intel is working on a black box for smart cars that would record video and warn drivers about potential dangers. But some manufacturers make the data easier to obtain than others. Much of it comes out in code that takes a specialist to decipher.

“It’s a bunch of acronyms, letters, numbers or combinations thereof. And you need a booklet to understand how to interpret that. One of the concerns as a trial attorney, that I have is you can download the black box, but I’m relying on someone to give me the map, to figure out how to read the black box.”

During the recent Toyota investigation, after deaths and injury were linked to sudden acceleration, lawyers and safety advocates were told they would need court orders to get access to Toyota’s black box data. Now congress is weighing in with auto safety legislation aimed at requiring black boxes in all vehicles and standardizing the amount of time data is stored prior to a crash.

“I would welcome it. It would give me additional information.”

“Every vehicle will have an EDR.”

Attorney Chase says it will only work if all auto manufacturers are required to make the data public.

“I think it would level the playing field. Be more fair.”

At least, in Kevin Valencia’s case, the black box proved he did buckle up.

“We had objective forensic evidence to prove my client was wearing their seatbelt.”

One goal of the auto safety bill to make black boxes mandatory within five years and to have them record data up to 60 seconds before a crash. Now to learn more about automobile black boxes go to www.myfoxla.com 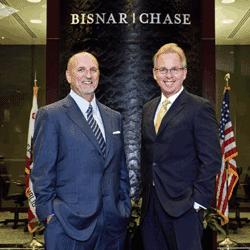