California nursing home abuse lawyer weighs in on the case of a 14-year-old girl who died 24 hours after being taken away from her family and placed in a Florida nursing home. According to a Nov. 12 Daily Mail report, the nursing home where Marie Freyre was placed when she died has been fined by state regulators for failing to provide proper care. 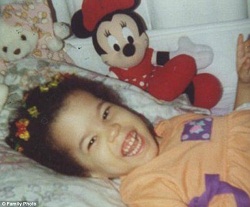 Florida state officials have slapped a $300,000 fine on a Florida nursing home in connection with the death of Marie Freyre, a 14-year-old severely disabled teen. According to a Nov. 12 news report in the Daily Mail, the state ordered that the girl be removed from her home and placed at Florida Club Care Center, a $506-per-day nursing home, on April 26, 2012. State officials did so against the mother's will, insisting that it was the safest place for her due to her disabilities, the report stated. But, the Mail reports that when the teen arrived at the nursing home, she was not given her medications and fed only applesauce. Employees even neglected to tell a doctor that she was not breathing, according to the report.

The report states Marie Freyre, who suffered from cerebral palsy and seizure disorder after being born with fluid surrounding her brain, died while in the care of the nursing home. In addition, the nursing home also failed to notify the state and told officials they were not responsible because the child died at a hospital, according to the report. The nursing home is facing a $300,000 fine from federal regulators and a $7,500 penalty from the Department of Children and Families, the report states. Experts quoted in the article say a nursing home is no place for children and that they should be in a home setting surrounded by family members.

"My thoughts and prayers are with the family members of Marie Freyre, who are still hurting from this heartbreaking tragedy," said John Bisnar, founder of the Bisnar Chase personal injury law firm.

Nursing homes have a responsibility to maintain a safe and secure environment for their residents, especially for children, Bisnar says. "Children have different needs than the elderly. It is critical that nursing homes have a plan and policy in place instructing staff members how to treat children."

It is unacceptable for nursing home staff to have a cavalier attitude when it comes to patients' medical care. "Each and every resident must have a written medical plan and that must be followed at all times by nursing home staff. Patients should get their medications on time. If patients are ill or injured, they should get the treatment they need right away."

Negligent nursing homes should be held accountable, Bisnar says. "There is no reason for a nursing home that charges more than $500 a day to not provide superior quality care. A nursing home that is callous about patient care and puts profits before people must be held liable for its negligence."

Look for These Signs of Neglect:

Anytime I had a question I understood the response and would be responded to in a timely fashion.