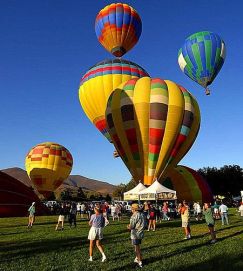 Temecula is notorious as a destination community for wine festivals and other activities like hot air ballooning. There has been much growth over the past decade and regrettably, this growth has resulted in an increase in car accidents. Many attribute Temecula's car collisions to the city's hazardous roads.

The intersection of Redhawk Parkway and Via Cordoba has long suffered from high traffic speeds (the posted speed limit is 45 mph, but drivers often go faster) and poor visibility. In addition, the intersection is situated so as to force drivers to accelerate rapidly when attempting to turn left. While there is no crosswalk here, it is legal to cross at the intersection, even though pedestrians must yield to traffic.

"Intersections like these require special attention from both a traffic enforcement and traffic engineering standpoint," noted John Bisnar. "Officials should consider a traffic light at this location and speeders should be cited."

Other Dangerous Roads in Temecula

One dangerous road that is known for several car accidents is Winchester Road. According to Temecula police, there have been more than 100 crashes along a seven mile section of Winchesster Road. The California Highway Patrol reported that the majority of motor vehicle accidents along Winchester Road took place where the road merges into a single lane in both directions. Sadly, Winchester Road traffic deaths have caused many deaths.

Determined to reduce the number of car collisions, fatalities and injuries in the city, Temecula Police in recent years have cited 1,894 drivers and made 67 DUI arrests. DUI checkpoints have also helped to get drunks and problem vehicles off city streets. At a recent DUI checkpoint at Winchester Road and Nicholas Road, 40 drivers were cited for various traffic violations, four DUI arrests were made, and 13 cars were impounded.

I received a great settlement, things moved quickly, and they still keep in contact with me to see how I am doing. Really great law firm.

They were quick, efficient and friendly. Ended up with a great settlement.