In our current society and culture natural food products have become a prominent part of the American diet for many and raw milk is included in natural food products. Yet, there are occasions when all the oversight of government and all the precautions of growers cannot halt problems of a personal injury caused by food borne illness and food poisoning. 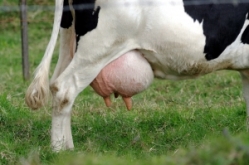 Humans have been drinking raw milk for ages, probably since sheep and goats were originally domesticated way back in the 8th or 9th century B.C. Raw milk from cows has been a cornerstone of the All-American diet in colonial days.

However, when milk leaves an animal, it may bring along a legion of pathogens; in a sense, it is natural food poisoning. This is why pasteurization -- subjecting milk to a short burst of heat followed by rapid cooling -- is universally one of our greatest public-health success stories. Heat eliminates most of the pathogens that cause disease, including E. coli, salmonella and listeria. Statistics show pasteurization lowered natural food poisoning and food borne infectious disease numbers in America more than 90% over the past century.

Are There Benefits To Drinking Raw Milk?

Raw-milk aficionados share a dissimilar viewpoint. Raw milk proponents maintain that along with the bad pathogens, heat-treating milk kills helpful bacteria, proteins and enzymes that aid with digestion. Individuals with digestive-tract problems, such as Crohn's disease, often attest to the curative abilities of unpasteurized milk. There is praise for raw milk's nutritional value and its ability to strengthen the immune system, especially in terms of allergies.

Where Is Raw Milk Sold Legally for Human Consumption?

Only eight states will allow raw milk to be sold for human consumption: Arizona, California, Connecticut, Maine, Pennsylvania, South Carolina, New Mexico and Washington. In other states, like Florida, raw milk must be classified as pet food.

The FDA has had a crackdown on raw milk. Raw milk has been declared "unfit" for human consumption by government agencies.

There are several interesting and contrasting informational elements.

The backers of raw milk testify that if it is properly collected from cows fed good, clean grass, raw milk will not make humans ill owing to antibiotic properties that allegedly cancel out pathogenic bacteria.

According to experts, not all raw milk is the same. The cow's diet, how and where it's raised, and how the milk is collected are all factors in the safety and quality of raw milk. Cows pastured on certified organic green grass pastures reportedly produce milk with good health benefits. It's good to know where your milk is coming from.

Despite many health benefits, raw milk still occasionally is the cause of personal injury by food poisoning. A report published by the Centers for Disease Control and Prevention traced 45 outbreaks, causing more than a thousand illnesses and two deaths, due to bacteria in unpasteurized raw milk or cheese over the last seven years.

"Raw milk could potentially have beneficial bacteria, but there's a higher likelihood that it has pathogenic organisms as well," says Lloyd Metzger, director of the Midwest Dairy Foods Research Center at South Dakota State University in Brookings and a spokesman for the Institute of Food Technologists, an association of food scientists.

Because of the pathogenic organisms, occasional deaths may occur in young, previously healthy individuals because of blood volume depletion, and in persons who are elderly or immune-compromised.

If you or your family has incurred a personal injury through a food borne illness such as raw milk poisoning or other food poisoning, please contact our personal injury attorneys today at 949-203-3814 for a Free, No-Hassle, No-Obligation Legal Consultation.

I would like to thank Bisnar and Chase... They were very professional and extremely effective.

Colleen... emailed me, called me, sent me words of encouragement almost every week! When I [would] least expect it and I had a horrible day or had many questions and concerns she was there!I will always remember the team of professionals and I would recommended Bisnar Chase to anyone.