California auto defect lawyer weighs in on a government probe into 88,000 Honda Pilot SUVs for faulty brakes. An Oct. 12 New York Times news report states that the vehicles may have a defect where the brakes may be applied without warning. 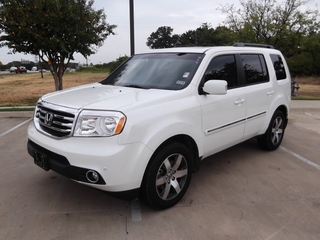 A complaint from a vehicle owner in Massachusetts has spurred an investigation by the government into 88,000 Honda Pilot SUV models that may potentially have defective brakes. According to an Oct. 12 report in the New York Times, the National Highway Traffic Safety Administration (NHTSA) began looking into the issue after a petition filed by Carrie Carvalho who complained that her 2005 Pilot would suddenly stop without her applying the brakes.

The article states that there was a total of 185 examples of “unexpected braking.” Many vehicle owners said their vehicles quickly decelerated from highway speeds to near stop in highway travel lanes, the report said. According to the article, federal investigators said they “identified fault conditions that may result in false detection of a panic stop by the Brake Assist system, resulting in unexpected, severe brake application.”

Although Honda implemented countermeasures in the 2006 Pilot, those measures could not be carried over to address issues with the 2005 vehicle, the Times reports. Honda officials told the Times that they did not attempt to apply the countermeasures to the 2005 model at the time because those measures did not apply to the brake issue, which is now the subject of the federal probe.

When the brakes are applied inadvertently or without warning, there is the potential for serious injury crashes, says John Bisnar, founder of the Bisnar Chase personal injury law firm. “I hope NHTSA looks into whether Honda knew about these brake defects in 2006 when they instituted the countermeasures in the 2006 Pilot model. Automakers have a legal obligation to recall defective vehicles in a timely manner.”

Anyone who is involved in an accident would be well advised to preserve the vehicle unaltered so it can be examined by an expert for any evidence of defects and malfunctions, Bisnar says. “The vehicle is the most important piece of evidence in an auto accident or a case that involves auto defects. Any brake defect can have dangerous consequences. If you own one of these Pilot SUVs that are under investigation, it would be in your best interest to have the vehicle examined for any potential problems.”

The California auto defect lawyers of Bisnar Chase represent victims of auto accidents, defective products, dangerous roadways, and many other personal injuries. The firm has been featured on a number of popular media outlets including Newsweek, Fox, NBC, and ABC and is known for its passionate pursuit of results for their clients. Since 1978, Bisnar Chase has recovered millions of dollars for victims of auto accidents, auto defects and dangerously designed and/or maintained roadways.