American Honda announced its plans to recall minivans and crossover-utility vehicles to address an issue that could cause these vehicles to slip out of park and roll away. According to a Dec. 12 NBC news report, the problem has resulted in injuries and incidents. 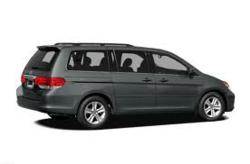 American Honda is recalling more than 800,000 minivans and crossover-utility vehicles after complaints that the vehicles are slipping out of park and rolling away. According to a Dec. 12 NBC news report, the problem involves the ignition interlock, a device that is intended to ensure that the key can only be removed when a vehicle is firmly shifted to park mode. But, the mechanism, in the recalled vehicles, could wear over time and allow the key to be removed when the transmission is in neutral or some other gear, allowing the vehicle to roll away and increasing the risk of a crash, the report states.

A statement by Honda claimed that there were a small number of incidents that resulted in minor injuries, which conflicts with a statement issued by the National Highway Traffic Safety Administration (NHTSA), which reports that there were many more complaints, the NBC article states.

“When vehicles roll out of gear unexpectedly, serious car accidents can occur,” said John Bisnar, founder of the Bisnar Chase personal injury law firm. “This can seriously hurt not only the driver or other occupants of the vehicle or other vehicles, but also pedestrians and others who may happen to be nearby.”

“Vehicle manufacturers are required under the law to report any type of defects promptly to NHTSA,” Bisnar said. “This ensures that consumers are warned and that the necessary repairs are made so they are not exposed to the risk of getting into a car accident.”

The California auto defect lawyers at Bisnar Chase represent families or victims of bicycle accidents. The firm has been featured on a number of popular media outlets including Newsweek, Fox, NBC, and ABC and is known for its passionate pursuit of results for their clients. Since 1978, Bisnar Chase has recovered millions of dollars for victims of serious personal injuries and their families.