Auto Defects | General Motors Recalls 2013 Vehicles That Could Roll Away

Auto Defects | General Motors Recalls 2013 Vehicles That Could Roll Away

GM has announced a recall of more than 68,000 new vehicles because they could roll away after being parked. Included in this recall are several 2013 Cadillac, Yukon, Tahoe and Suburban models. 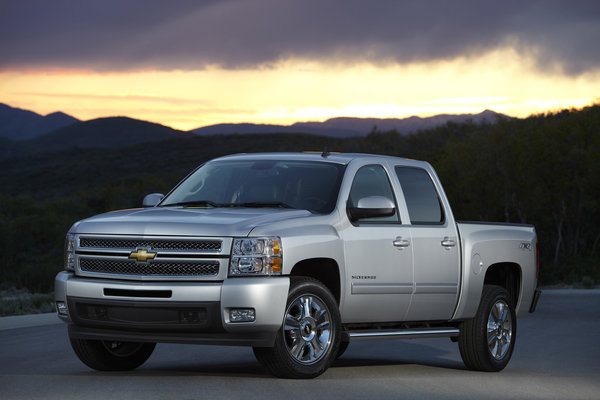 General Motors Co. has issued an auto defect recall for more than 68,000 2013 model vehicles because they could potentially roll away after being parked. According to a Jan. 4 Detroit news report, several vehicle models including the 2013 Cadillac Escalade, Chevrolet Avalanche, Silverado Suburban, Tahoe, the GMC Savana and Yukon, have been recalled because they may not meet a federal requirement requiring transmission shift interlocks.

The Detroit News article states that the vehicles may have been built with a fractured park lock cable and a malformed steering column lock part in the lock module assembly. The report states that the key may be rotated to the off position and removed while the shifter is not in the park position and the vehicle could still roll away after the driver has gotten out of the vehicle.

In addition, the transmission in these vehicles could also be shifted out of park without application of the brake pedal while the key is in the off position.

The auto defects were discovered at GM’s Arlington Assembly plant on Dec. 14 and all of the recalled vehicles were manufactured between November and December 2012, the article states. No injuries or car accidents have yet been reported to GM, according to The Detroit News.

Last month, American Honda recalled more than 800,000 minivans and crossover-utility vehicles after complaints that the vehicles are slipping out of park and rolling away.

“When vehicles roll away unexpectedly, serious car accidents can occur, when you place a vehicle in ‘park,’ you expect it to stay there.

When a vehicle rolls away unexpectedly, it jeopardizes the safety of not only the driver and vehicle occupants, but also pedestrians and others who happen to be near the vehicle.

Automakers have a legal obligation to consumers to manufacture products that are safe. Anyone whose vehicle has been included in these or other auto recalls should get his or her vehicle examined by the dealer to ensure that it is safe to drive” – John Bisnar, auto defects attorney.

For more information about auto defect issues or to discuss a potential case, please call 949-203-3814.