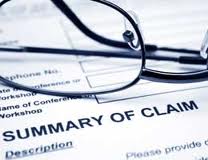 The woman suffered permanent scarring and severe emotional distress as a result of the dog attack.

According to court documents (Case number: 37201100055607), Morales was attending a house party at the home of an acquaintance on July 19, 2009. Alcohol was served at the party, which Morales also consumed, court documents state.

According to the lawsuit, which was filed in San Diego Superior Court in Vista, Morales stepped away to smoke and was told to go to a certain room in the house to do so. Morales opened the wrong door where she was attacked by a pit bull, the documents state.

The pit bull tore off a part of Morales’s lip, the lawsuit states. The 12-member San Diego County jury deliberated for two hours after a four-day trial before returning the verdict on Jan. 10, 2013 said Gavin Long, a trial attorney with the Bisnar Chase personal injury law firm.

The jury determined that Morales was not negligent although she was intoxicated at the time, Long said. Morales’s damages and losses include $7,500 in past medical expenses, $15,000 in future medical expenses and $100,000 for pain and suffering.

“One of our biggest challenges during the course of this trial was to prove that our client was not negligent although she was inebriated,” Long said. “The defense argued that she should have known which door to enter.

They also brought in a witness who testified that our client went into the wrong door despite being told by another individual not to enter that door. But in the end, the jury didn’t buy any of that. They determined that our client was not negligent and was a victim in this case.”

Long said Morales’s blood alcohol concentration several hours after the incident was determined to have been 0.19 percent, which is more than twice the legal limit for drivers in California (0.08 percent).

“This issue of comparative negligence or negligence on the part of our client was a very contentious one during the trial, given the fact that our client was intoxicated and went into the wrong room. But the jury determined that her level of intoxication had nothing to do with the attack and that the dog owners are liable.

“Under California’s strict liability statute, dog owners are financially liable for the injuries and damages caused by their pets.

“The owner of any dog is liable for the damages suffered by any person who is bitten by the dog while in a public place or lawfully in a private place, including the property of the owner of the dog, regardless of the former viciousness of the dog or the owner’s knowledge of such viciousness.”

Long said the incident had a significant impact on Morales’s life. “Her self image is forever changed as a result of this dog attack. She has a permanent scar on her face. Although the scar has been minimized through revision surgery, it’s not going to go away. She feels isolated and is not the same person she was before this horrific incident.”

The California personal injury lawyers of Bisnar Chase represent victims of dog bites and many other personal injuries. The firm has been featured on a number of popular media outlets including Newsweek, Fox, NBC, and ABC and is known for its passionate pursuit of results for their clients. Since 1978, Bisnar Chase has recovered millions of dollars for personal injury victims including dog bite victims. For more information, please call 949-203-3814 for a free consultation.