Family of a deceased Dallas County woman has filed a wrongful death lawsuit against General Motors for a defective Chevy Impala. 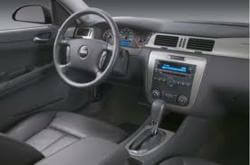 Bryan's family members filed the lawsuit at the Texas Eastern District Court, according to court documents. The article states that the incident occurred on Nov. 26, 2010 as Shonnie Bryan was driving her 2003 Chevrolet Impala when she lost control of the vehicle and crashed into a culvert on the side of the road.

The lawsuit (Case Number: 6:13-cv-00036) alleges that the airbags of the Impala did not deploy and accuses General Motors of negligently designing, manufacturing and marketing a "defective and unreasonably dangerous" vehicle. The lawsuit is seeking an award of damages, interest and court costs, the report states.

According to a report in The Detroit News, General Motors Co. had 17 recall campaigns in 2012 involving nearly 1.5 million vehicles compared to 22 campaigns covering just 500,000 vehicles in 2011. GM's most significant recall came in June 2012 when it called all 413,000 Chevy Cruze vehicles built for the U.S. market to prevent possible engine fires due to fluids trapped in the engine compartment after an oil change, Detroit News reported.

Auto defects such as faulty airbags can have devastating consequences, said John Bisnar, founder of the Bisnar Chase personal injury law firm. "Airbags are faulty when they fail to deploy or when they deploy inadvertently and both can cause significant injuries. When airbags do not deploy during a crash, there is the potential for victims to suffer severe trauma, which can prove fatal. We count on airbags for that additional layer of protection in the event of a crash. Not having that can be catastrophic for vehicle occupants."

When vehicle parts or safety features malfunction or fail to work as they are supposed, the auto maker or the manufacturer of the defective part can be held liable, said Bisnar. "Auto manufacturers have the legal obligation to make vehicles that are safe for consumers. In the event of a manufacturing of a design defect, it is crucial that automakers issue a prompt recall so the necessary repairs can be made and consumers are not exposed to further danger."

The California auto product liability attorneys of Bisnar Chase represent victims of auto accidents, defective products, dangerous roadways, and many other personal injuries. The firm has been featured on a number of popular media outlets including Newsweek, Fox, NBC, and ABC and is known for its passionate pursuit of results for their clients.